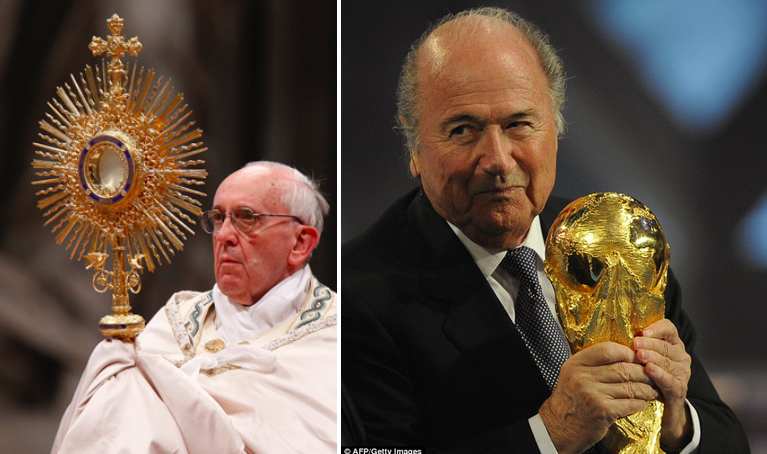 Download File
This essay takes the 2018 soccer world cup in Russia as a starting point to analyze the contemporary role of football as the ritual-religion of global capitalism and national power structures. It tries to explain from both sociological and neurological perspective why football fills a vacuum which the industrial revolution has torn into the individual and collective human psyche and warns that the eradication of sacred wildness in our advanced societies triggers mass atrocities not only directed against others, but also against nature and the self. It asks in a last extent if the individual human being has to change or the culture it is engulfed by.

Full disclosure: our living room has been taken over by my wife’s friends, a well off parents clique which has formed around our children’s Shanghainese ice hockey team. The dinner preceding the match between France and Croatia created such an amount of plastic waste that I offered to my wife to cook for her friends the next time she invites them over. I couldn’t be more at odds with my value set: 富二代 | fuerdai, i.e. Chinese second generation nouveaux riche, enjoying their materialism in my house on the occasion of the 2018 World Cup, the pinnacle event in the sport which I detest most of all. Over a half time break discussion on how we could spend our next winter holidays and if we should go skiing in the Alps, I realize that we watch the World Cup final and am declared an ignorant slug by our Chinese guests with a condescending smile.

Football. The game which moves millions of people and dollars. Why should it receive attention on a blog about the future of work and education? For a declared non-aficionado like me, it is not the game itself which grabs my attention, but the social rituals it is embedded in. The moments that stick with me like a fly on a glue-trap are when the camera leaves the grass and zooms into the elevated tribunes where Putin sits in a row with the Croatian president and France’s Macron, next to him incumbent FIFA president Gianni Infantino cracking jokes and laughing heartedly. In such moments one thinks that the world is at peace with itself or in the worst case one might get convinced that the simplicity of football indeed has the power to unite people and forget their daily and also generation old conflicts.

The critical mind realizes though that football is a rampant anachronism, one which celebrates the concept of nationalism while humanity needs to evolve urgently into a post-nationalist and globalist form of organization. Watch the brilliant TED conversation between historian Yuval Harari and TED chief curator Chris Anderson, if you are not sure if you have fully understood yet, what this discussion between hanging on to a world which is structured in national entities of different size and moving forward to a world which only consists of one economic, political and social entity.