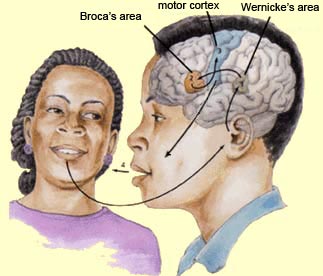 On Bi- and Multilingual Instruction

These are notes on and conclusions from a discussion between a few parents and German school Pudong, represented by Mr. Heineken, head of primary school, Ms. Mezger, and head of kindergarten, Ms. Luckhardt. The objective of the meeting, which took place on March 27, 2017, was to find a solution for children of bi- or multilingual families, who want their children to learn both German and Chinese on a native speaker level in both spoken and written word. The German school (DS) does currently not offer such a curriculum.

Side Note 1 - Relevance of Play:

The creation of something new is not accomplished by the intellect but by the play instinct acting from inner necessity. The creative mind plays with the object it loves. [C. G. Jung]

It is generally acknowledged that play plays an extremely important role in the formation of a personality and in the development of lasting skills in a social and creative dimension. Play might actually be the single most important catalyzer of teaching our children what they really want to do in their lives. Play, so some say, can show you your vocation. Why is it then that we have a strong tendency to stuff ever more intellectual classroom instruction into our children’s life? What is it that we want for them? Happiness or utter misery?

Play here is not to be understood as wasting hour after hour in front of some computer game in splendid isolation, but even solitary computer games can have deep a deep impact on teaching children important lessons as long as they are genuinely interested.
I acknowledge that in particular in regard to the importance of play two cultural truths seem to collide. Here a European progressive father who wants the child unearth its talents and gifts, there a Chinese conservative tiger mother who wants the child to master the richness of an entire civilization embedded in its sophisticated written language.  In such a situation of crosscultural truths, the only thing that we can do, is to respect both and listen always to the needs of the child concerned. They are, without doubt, exposed to a both demanding, but highly enriching environment.

Resources to learn more about play:
Side Note 2 – The Human Brain and Language Learning[1]

The theory[11] has often been extended to a critical period for Second Language Acquisition (SLA), which has influenced researchers in the field on both sides of the spectrum, supportive and unsupportive of CPH, to explore.[12] However, the nature of this phenomenon has been one of the most fiercely debated issues in psycholinguistics and cognitive science in general for decades.
Certainly, older learners of a second language rarely achieve the native-like fluency that younger learners display, despite often progressing faster than children in the initial stages. The critical period hypothesis holds that first language acquisition must occur before cerebral lateralization completes, at about the age of puberty. One prediction of this hypothesis is that second language acquisition is relatively fast, successful, and qualitatively similar to first language only if it occurs before the age of puberty.[13] To grasp a better understanding of SLA, it is essential to consider linguistic, cognitive, and social factors rather than age alone, as they are all essential to the learner's language acquisition.[12]

Resources to learn more about language learning:
[1] This is a summary from wikipedia’s entries on Language acquisition and Critical period