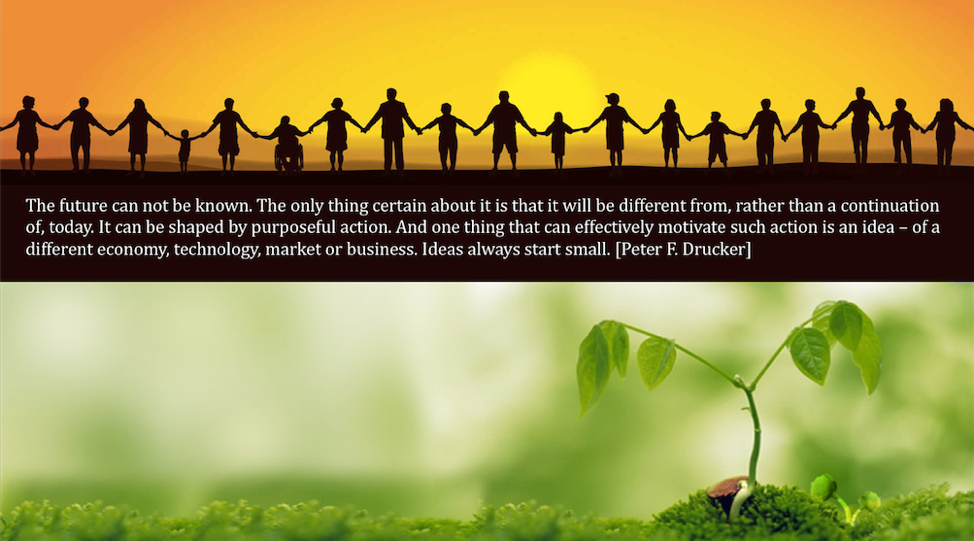 Demain | Tomorrow (2015) by Cyril Dion is one of the best environmental documentaries I have seen so far; Cyril Dion tells with a team of friends and the help of interviewed experts the story behind the global environmental destruction in five chapters: agriculture, energy, economy, democracy, and education; but it does not stop here, it gives in each field best practices of how we can manage a turn around through local initiatives. Permaculture and agroecology instead of industrial farming; distributed renewable energy instead of centralized fossil fuels; Iceland's constitutional change to bring democratic systems back into the control of citizens; Finland's integral education system focusing on the individual child instead of industrial education with centralized exams and a focus on PISA results in maths, natural science and language skills.

Dion manages to turn the film into a positive vision for our species' future despite all the negative messages by interviewed experts. Tony Barnosky, Harvard paleontologist tells us at minute 4:00 that we don't have a lot of time, maybe 20 years to move things into the right direction. Belgian law professor and UN rapporteur Olivier de Schuetter explains at minute 30:25 that small scale farming could solve all problems of food production and environmental degradation, but nothing changes because governments listen to powerful corporations. American essayist Jeremy Rifkin enlightens with a very eloquent interview the effects of global warming, how it changes the water cycle on planet Earth and why we face the 6th mass extinction by 2035.  It is though Mary Clear and Pam Warhurst from the Incredible Edible movement in Great Britain's Todmorden who seems to have at minute 16:50 the very central answer to all the problems humanity faces: “That's all the future needs; more people connecting with each other; food and conversation is the answer.”
We certainly need a positive narrative for our common future; its probably the single most important element for defining a strategy to manage a turnaround on this scale; since it wont be enough like John Kotter wrote in his famous management booklet Our Iceberg is Melting to define a tiger team and then engage the penguin colony to look for a new iceberg. There is only one planet and we can’t look for another one. Space X is not an alternative unless you want to spend your entire life on a desert planet indoors with almost no gravity. Just think about making love for an instance under these conditions…

I therefore can't agree more with Rob Hopkins, founder of the British Transition Network, who says at minute 6:35 that “Its fascinating how we craft narratives about our extinction and demise, but we are incapable to develop positive visions. We don’t have the stories that go with cutting emissions by 8, 9, 10% a year. People think that we will sit then in caves and eat rotten potatoes; but it could be actually fantastic! On that note, I recommend Leo Lionni whose children’s book Frederic shows how cool it could be sitting together in caves, telling each other stories and sharing what we have with each other; or Michael Ende’s novel Momo, which has the same issue at heart: spending more time with people instead of with things brings about a different kind of growth.

On this note, a kind warning to the US film industry, which churns out year after year increasingly dystopian movies, making itself an accomplice of destruction. Huge budgets are allotted to fill our minds and hearts with narratives of destruction and narcissism. The 2017 blockbuster Ghost in a Shell, featuring Scarlett Johansson, just to name one of many examples, was produced for a whooping USD 110 Million; but the L.A. metropolitan area has no functioning public transportation system, permanent traffic jams, an antiquated electricity network, no high speed long distance railway. The highly productive US film industry reflects that a society, which once was a manufacturing powerhouse, has slid into a virtual void. Instead of building state of the art infrastructure, it designs negative delusions; instead of building our homes and caring for our people, we spend our hours on Netflix, HBO and gaming.
We watched the documentary Demain in combination with climate scientist Alice Bows Larkin's TED talk on how we have to adapt to climate change and paleontologist Kenneth Lacovara's TED talk on the sixth mass extinction. Demain is in China online available with Chinese subtitles on the streaming platform bilibil. Highly recommended.