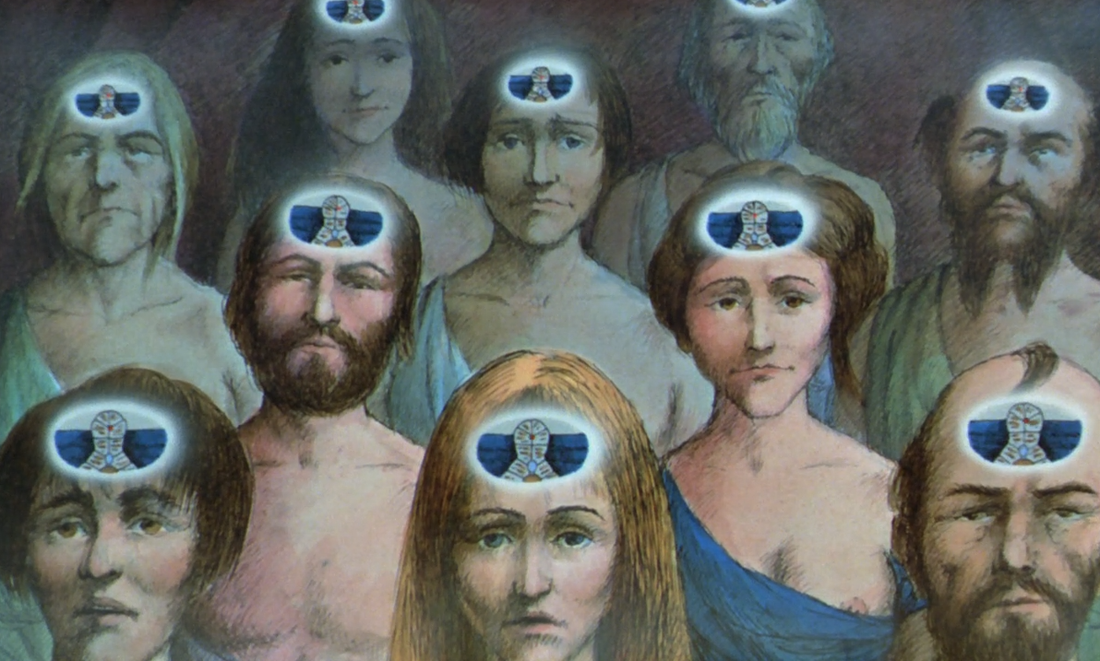 Many modern movies might have borrowed from this early dystopian science fiction film. In particular Avatar seems to be a – credits given: splendid - rip off from Fantastic Planet, not only in regard to the psychedelic imagery of landscapes and nature, but also in regard to the story line. Giant and blue humanoids compete and eventually fight with comparatively miniature humans. Fantastic planet just turns the story around: the humans are the underdogs and have to fight for freedom against their evil blue masters. The story also ends differently; whereas in Avatar the humanoids defeat the humans and force them to leave their planet, the two races find peace and co-existence in Fantastic Planet.

The film’s main theme might be a self-reflection in regard to racism and the exploitation of resources, and the original French title “The Savage Planet” is certainly most accurate to describe the plot. I wonder which PG rating the movie would get nowadays; I would go for PG12 or 16 due to open brutality, which goes into a “Clockwork Orange” direction. To be fair, the movie is rather boring and probably too slow for the 21st century. It would probably not even be worth a discussion, if it weren’t for this otherworldly animation artwork and music. Credits go to director Rene Laloux, screenwriter and visual artist Roland Topor and the animator Jiří Trnka. Even without reading about the French-Czech collaboration, I recalled the famous Krtek | Little Mole cartoons, which were created during the same time by Czech animator Zdenek Miler.